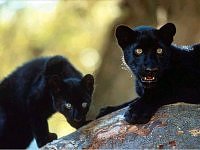 My friend who’d bought a ticket to go see Black Panther was told by her sneaky 12 year old that the film was about a comic superhero. She gave him the ticket instead. She should have gone to see the film with her son, I said to her, just to see the look in the eyes of a 12 year old black, African boy, all mesmerised by a mighty king, an elegant prince, a superhero with superpowers who looks like him, lives in a place that looks like his home and has a brilliant, talkative sister, just like his… 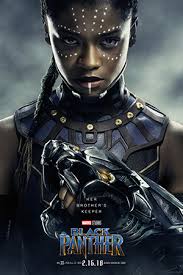 That look, kids of my generation never wore it. We grew up on superheroes of our own; Rambo, Superman, Robin hood, Tarzan, Harry Potter, Little Jesus, but unlike our Western age-mates we revered our heroes from a place of inaccessibility; we understood the implacable rift that set them apart from us; Our parents even warned that if we behaved our favorite hero would come and save us. SAVE US! None of us ever made the mistake of thinking we could be Rambo or Jesus – the blonde, pony tailed, blue-eyed Englishman from the Middle-East.

A few month earlier, acclaimed Haitian Filmmaker, Raoul Peck had just made ‘I am not your Negro’, a documentary film inspired by speeches, lectures and letters by Late James Baldwin, an African American writer, who tells the story of race in modern America with his unfinished novel. Watching the powerful documentary film, it dawned on me as it always does when I watch any of Raoul Peck or Egyptian Jihan El Tahri’s signature films, that it was upon me; upon us, to take up their unfinished task. It dawned on me that I too have write-ups, lectures and letters, though not as edifying as those of Baldwin. I had no problem embodying Baldwin and feeling called up to the task, or ‘Lumumba’, another of his films on the Congolese Martyr; or our own General James Kabarebe, starring in my friend ElTahri’s ‘L’Afrique en Morceau’. I easily identify with them all, and with Agostinho Neto, Samora Machel or Amilcar Cabral; all heroes in another Jihan’s classic: ‘Cuba and the African Odyssey’. 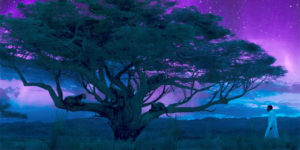 In the end though, I am constantly heartbroken as to the limits of their struggle due to the limits of their powers; I am a sane-minded thirty five years old; and for the very first time I feel that I could be a superhero! That’s what you call stagnation, or that’s not it, perhaps there’s another phenomenon called soft power.

With the advent of video games, the self-hate pathology was pushed even further; the trigger was given to our children to pull. Parents purchasing games in which villains look a little dark, a little tanned, and encouraging their children to take pleasure in killing them.

At that very Cinema, Kigalians used to premiere ‘James Bond’ – a British spy with orders from the Queen to kill Africans, Asians, Eastern Europeans, etc.

Chinua Achebe told us to consider English and other colonisers’ languages as spoils of wars of liberation. As freedom fighters, he said, we must domesticate these languages and use them to our convenience. ‘That’s the price English has to pay’, he said. Black Panther does that, African accents are valued and cherished; Thanks to Wakanda, hopefully these African kids who spend a year in western schools will spare us their fake Amerwiken or Bri’ish accents…

African beauty too; hairstyles and face painting: Stunning!  Without giving away too much, in one scene a Dora Milaje gets into a fight with dangerous villains and the first thing she does is take off the goatshair wig she’d wore for cover.

Wakanda, the fictitious country in which the plot takes place does not exist. But nor do dreams, projects, policies, strategies of beliefs. All begin with an idea. Wakanda does not show black people who try, it shows black people who win. More importantly, Black Panther does not show a gifted black individual as an outlier, an accident of nature, it shows a mighty extended society, living in the normalcy of abundance, cohesion and power. Thanks to Black Panther, Africans can project no limits to their potential and reach for the stars!

It is funny how the real African continent and African people are closer to Wakanda a fictitious city, than it is to the miserable, hellish continent depicted by western media and religions.

There will be many, many more Wakanda stories from me; those stories I’ve struggled to explain to my youngsters. That precolonial Rwanda that used to be strong and unified, those heroes, King Shaka Zulu, whom King T’Chala is named after; Sundiata Keita, Ruganzu Ndoli all the mighty Kings I couldn’t describe to my siblings; all that in one package; an entertaining and captivated one.

Black Panther is just a movie. It will affect on young black kids – and kids of all races as superhero movies affected on us, except with the exact opposite effects. We are an invincible and powerful people;

Watching Black Panther I drew a sigh of relief; and thought of that poem by Christiane Williamson: Our deepest fear, ‘…we are powerful beyond measure’, she says, ‘we are all meant to shine, as children do… It’s not just in some of us; it’s in everyone’…