Make love in Kigali, not war 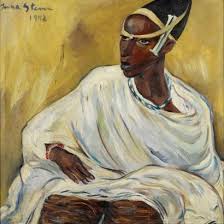 I’d never been on the wrong side of women before. Identifying as a feminist, I’d thought the question of my commitment towards their happiness had been established; I was even ready to come out publicly as a lesbian, just to win the ladies’ heart.

Those were the fun days, in the friends’ zone, until the day, last week, when I decided to evolve from foreplay and bring up the serious stuff: Sex! ‘It’s a complicated thing’ boys had warned me; rules are unclear, women expect satisfaction and they aren’t open about it while men, on the other hand, the good ones are clueless, the bad, well taking advantage of the patriarchy we live in.

That was enough to convince me to initiate a ‘contact dance’ guhamiriza, among boys and girls of this town, assuming each partner would respond to the other’s move; it takes two to tango isn’t it? I was wrong: it was rough! The reason, as I learned at my expense, wasn’t that we’re incompatible, but that when it comes to sex – conversations in Kigali, boys and girls aren’t looking to pleasure, but out to exhaust each other. In the end all leave unsatisfied at best, hating each other at worst.

Concerns of women are valid and pressing. Those of men valid too. So let’s talk about sex; openly, platonically, but with a bit of historical, pre-colonial context. Let’s hear each other out with no pointing fingers. So here I am, at it again, for I reckon there is no other way, together in this town we are just meant to be, and yes, we are too to make love, not war…

Or else, I might be forced to print two forms: One for consent, sold outside discos, with ink, kept at all times on bedside tables, in taxis and boys’ wallets; in lieu of condoms, to be pulled seamlessly in between foreplay and women made to sign, and another one, a declaration of ubupfura (gentleman hood), kept in girls’ purses, in private cars, in restaurants and produced to boys on dates, distant relatives and visiting neighbors for seal before relating with women; or a more radical solution, like an NGO did in Ethiopia, teach Taekwondo to women, so they can break some misplaced boy’s hands. All these suggestions to mean, that I have found no efficient solution yet to make a post-Victorian world fit for women…

Of course I consulted elders to ask how it was in Rwanda, before the advent of the Victorian era (read Christianity). I also asked how it was in Western Europe by 1968, during the sexual revolution.

When we talk about women’s issues in Rwanda we should not, in good faith, dismiss Rwandan culture as wholesomely misogynistic. Or perhaps out of little knowledge, assimilate it to Christianity or Islam, thereby equating Rwandan women’s experience to that in faith-based societies; there again I speak carefully, for I do not have authority on foreign cultures. All I know is that the Rwandan society hasn’t been as oppressive to women as modern-day feminists purport. Here are a few illustrations;

‘Moral police’ is a product of the Victorian era in Rwanda. The state or the church didn’t regulate private matters. There was no ‘criminalization’ of ‘prostitution’, adultery, polygamy, polyandry, homosexuality, not even divorce: Queens divorced Kings and married their true loves; officially!

The Rwandan woman wasn’t a man’s property and vice-versa. In Rwandan culture it was Umugabo, Umugore: Period! Not umufasha, Umutware bla bla; this is bible stuff.

The moment one removes the aspect of control and envisions a society which accepts to share power across genders as the very foundation of its nation-state, one is operating in a different power dynamics, where gender wars are unnecessary and violence against women not state-sanctioned. 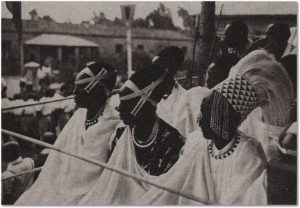 ‘Gufuha’, jealousy was a weakness: ‘ubugwari’. Both women and men were rather liberalized sexually. What a man could do, a woman could do; Chatham house, or ‘Vegas’ rule applied; Brethren and life-friends made sure all parties were satisfied – and fertile; all children catered for – why do you think there are no orphanages in Rwanda today? For what we know, those kids’ fathers are all of us.

As you may have guessed, power dynamics went beyond sex. In ruling the country too, power was effectively exercised by a woman and a man in equal terms. ‘The Queen Mother’ reigned on the throne with her ‘Son’. The queen mother needed not be the King’s ‘biological’ mother; the concept of ‘biological’ has no meaning in Rwandan society anyway. She was a distinguished royalty, a lady of character, to assure the balance: Yin and Yang; our ancestors understood the ‘I Ching’!

In Rwandan families too, decisions were made ostensibly by the man of the house, yet in systematic consultation with his wife. When asked to make a decision, a man would promise to think it over at night, a classic to hint that he’ll be consulting his wife. The next morning he would sound charismatic, as though visited by the angel of wisdom the night before, and declare: ‘yewe, bya bintu nabitekerejeho ijoro ryose, nsanga bidakwiye’ (I thought about it all night long, and figured I was wrong) All knew his wife had said no.

Most of us knew growing-up, that one would ask our fathers for a favor, and he’d say; ‘jyenda ubaze nyoko’ (Go ask your mother). Women are the custodians of the spirit, the culture, and the secrets of upbringing.  As a matter of fact, we are having this discussion in the first place, because many in this new generations haven’t had the utmost privilege to be raised by a Rwandan mother; that’s really the difference between Rwandans; there are those raised by Oprah, Chimamanda and Joyce Meyer-due respect, and those raised by Rwandan mothers and Aunts. The difference is like day and night.

No richer word in Kinyarwanda than that describing a ‘Woman’: Ilibagiza, Ikibasumba, Mazi-ya-teke, Murekatete, Akaliza-Keza but also; Mukobwajana, Umuraza, Umuzigambeho, Mutima w’Urugo’, etc. Sadly with religion and television, women may have forgotten ukwishongora, ukwirya, and men ugutebya, imitoma, ukwivuga: 15 years of Itorero and mothers’ education: lost. Alas! When I get married I’ll speak about these issues more freely, lest Minister Evode dismisses me publically as an impostor, talking about matters of couples; sans wife!

This story isn’t an apology to the violence that women experience today, nor is it romanticism of the past. Like for everything, nothing we face today is new, the answers to our present and future are all in our history. Yet, like for colonialism and Christianity, we are being told once again, that our traditions are the problem and we must adopt western ways to address societal division and violence, which were in fact brought to us by western colonizers; and there, in my view, lies the problem.

The Rwandan culture understood the spiritual and social place of a woman in a thriving nation. In our culture, Rwandan women were the priests. So with the advent of colonialism and Christianity, white fathers had a hard time explaining to Rwandans why, among other things, a woman couldn’t officiate in their new church, so they came up with the story of Eve coming from Adam’s rib and ultimately betraying him…