Have Rwandans been louder in showcasing national achievements?

‘Until lions have their own historians, tales of the hunt shall always glorify the hunter’ –Igbo, by Chinua Achebe.

One of the major inventions of this generation was undoubtedly the internet. With it came online reporting and Social Media, which, as expected are tools that can be used to bless or curse. 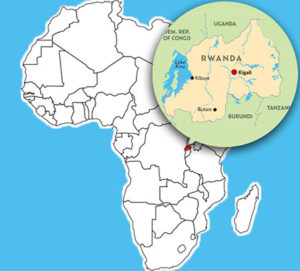 In his book ‘Muntu’, German author Janheinz Jahn, draws from the PhD Thesis of Rwandan philosopher, Father Alexis Kagame, ‘La philosophie Bantu-Rwandaise de l’Etre’, to illustrate African culture and philosophy. He explains why: “If we are convinced the other fellow can’t sing, we have only to call his song a ‘hellish row’ in order to justify our claim. Simply by applying a certain vocabulary one can easily turn gods into idols, faces into grimaces, votive images into fetishes, discussions into palavers and distort real object and matter of fact through bigotry and prejudice.”

Online reporting too, has been used differently by Africans to criticize governments or report injustice; in the north, analysts say Facebook contributed to amplifying the Arab Spring.

In Rwanda however, we have used it to do that, but typically to report on our achievements. To understand Rwandans’ online enthusiasm, one needs to look at three things, namely: 1. Where they come from; 2. How their leadership behaves and 3. How western political media treats them.

We return to Rwanda after the genocide and it is a terrifying place; a ghost country with the smell of death everywhere. No one of us, in their wildest dreams could have imagine that in only 23 years we would be a stable a prosperous nation again. It is difficult to imagine, except for those who were there. It was like nothing people had seen before. With hard work we were able to clean up and now present our country on a brighter light, but the so-called ‘catch up growth’ or ‘compensatory growth’ has happened faster than we had anticipated. It is not another generation which experienced the turnaround; it is this one. And it is fair not to take it for granted, hence the enthusiasm.

As a result the people, both Rwandans and foreigners have leveraged on the space offered by social media to lobby, advocate and demand accountability to the Rwandan government. This has created a sense of constant conversation between the governors, the governed and the third party stakeholders.

Whenever they are criticized, Rwandans used online reporting and social media to justify their ‘peculiar’ political choices. When,, at the beginning they face hefty criticism, they use the positive economic figures to back their politics; although recent political crisis worldwide, may have come to vindicate them…

Breaking the African mould: Due to a long history of relative stability and a different political culture, African activists and commentators evolve in a different public reality. They, for instance embrace online reporting and social media as tools to resist injustice and bad governance. They use strong language and antagonize the State. Whether their leaders had it coming or not, isn’t really for us Rwandans to say; in any event, that is what the world expected of them – and of us. So one can’t help but acknowledge the contrast between our use of online and social media to that of our regional and continental brethren; all things being equal. Achievements and shortcomings are everywhere in the world; how and what one chooses to highlight is what makes the difference.

Adverse effects of comparative reporting: international rankings can’t help but being comparative, at times accurately and at times wrongly. ‘Rwanda has the biggest percentage of women in parliament’, ‘Rwanda is the cleanest country in the region’, etc., to the extent that one head of an international NGO once exclaimed: ‘I am tired of the good news coming from Rwanda’.

Again, it is hard to explain how we managed to come from the stamp of ‘the country of war and death’, to ‘the country of good news’. For those who were here in 1994, it is a dream come true. So have we been excited with those comparative rankings? Certainly. Does it, at times, exasperate some of our neighbors? Possibly; are there governance shortfalls that too need being highlighted? Sure, but to quote my late grandmother who passed away four years ago: ‘Gate, I don’t know why you keep asking me how I am doing today; since I returned to Rwanda, there is nothing that can disturb my hapiness…’

So to our neighbors and African brethren in general, this is to apologize to you, for the occasions when we may have expressed national enthusiasm in a manner that lacked elegance and thus rubbed you the wrong way. Ours wasn’t arrogance but self-motivation;

Now to Rwandan and African youth, I’ll refer you once again to that speech at the University of Bahir Dar, Ethiopia, in which President Kagame gives a fitting advice: “I want to speak directly to you, the new graduates:  ‘like your parents, I came of age in a different Africa. Complicated circumstances, injustice and bad politics, prevented many of us from attending University, regardless of merit. Even the right to live was not always assured. We had no choice but to struggle and fight to secure the dignity and opportunity that we now enjoy and deserve. It is up to you to build on this foundation and do even more and better for our future. We must never take for granted how far we have come and how much sacrifice was required to get to this point. But neither can we be satisfied with mediocrity and or flattered by praise for small ambitions. We live today in a better Africa than ever before; now, let’s build the best Africa…’

The 'Rwandan question' in the Great Lakes Region. #Thread

The Fall of the African Wall!