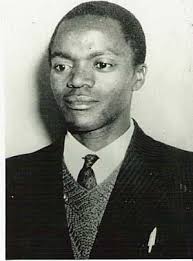 None of the diplomats has made any protests, to what the Russell-Sartre Tribuna[1]denounces at the time in 1964 as the Genocide against Tutsis.

He has been speaking in Kinyarwanda for a while, but now he wants to switch to French so that his masters can be proud of him. He has one last thing to say in Kinyarwanda though: ‘Ubu rero ndagirango mbwire igice cy’abanyarwanda b’itwa abatutsi: Ako gasuzuguro kanyu, ubu kagomba kurangira!’

We are on the 11th April 1964. He clears his throat, and goes: ‘Au dessus des soucis que la folie de certains d’entre vous me causent […] A supposer par l’impossible que vous veniez à prendre Kigali d’assaut […] Ce serait la fin totale et précipitée de la race Tutsi’. (Beyond the annoyance caused by the folly of some of you… assuming the impossible that you would capture Kigali. That would be the total and precipitated end of the Tutsi race). Tutsis in attendance hide their faces, everyone else, cheers…

My response: Rwanda should not be recruiting refugees from the camps, it should be sending its special forces; elite commandos to stop that regime from perpetrating crimes against humanity. That is what I want to talk about, Jean Dijoux!

When the crisis in Burundi started, the Rwandan president was the first to criticize what was happening. Understandably so; he is the only man alive to have stopped a Genocide – all the while the international community watched. This time the same international community has conspired to bully him into inaction. They fear, he may stop a second genocide – while they seat by.

A few weeks later, the International Conference ‘on peace’ in the Great Lakes Region (ICGLR) held a conference, called by Burundi again, to assess Rwanda’s meddling into the Burundi affairs, and issued a communiqué asking Rwanda to refrain from any such actions. The communiqué was followed by an article, in the Washington Post, titled: ‘Burundi’s Dangerous Neighbor’.

The Burundian government has been massacring its own people every day that passes, but the Washington Post wants the whole international opinion to remain pointed on Rwanda. What do we make of the Responsibility to Protect?

This is an all too familiar pattern, chronically applied by genocidaires of our region under the protection of the international community, namely: ‘If you try to interfere with our systematic extermination of the people now held hostage in the country, we’ll speed up the process.’

It is like they take some sick pleasure in the death of the Tutsi people. Now they figured if they create a body: The UN Group of experts that keeps accusing Rwanda, as they did from the first day of the Burundi crisis, then Rwanda will be incapacitated from doing anything to stop the genocide, just like they sent a UN contingent to protect the FDLR in the DRC, while the same Group of Experts continued to wrongly accuse Rwanda of meddling with Congo business.

Let’s be clear, did Rwanda create, train and arm the Imbonerakure militia? Did Rwanda burn all the private media stations, did Rwanda ask the Vice-President of the Supreme Court to flee, half the members of the ruling CNDD-FDD to mutineer, the Generals of the Army to attempt a coup? Did Rwanda ask the Vice-president of the senate to tell his people to ‘go to work’ – another familiar genocide terminology? What are they talking about here?

Did Kagame write that Kayibanda speech in 1964, or Paul Dijon’s remarks in 1992? Did he create the Interahamwe, buy them machetes? Did he start the RTLM?

Whether what is taking place in Burundi qualifies as crimes against humanity is no longer contested. Indeed all the familiar stages, precursors to a genocide as we know them, namely:Classification, Symbolization, Discrimination, Dehumanization, Organization, Polarization, Preparation, Persecution, Extermination and Denial have progressively fallen into place in Burundi.

Those are the legal terminologies; mere Genocide scholars’ definitions. As Rwandans though, we are aware of the main three elements that make genocides possible are: 1. The inaction of the international community; 2. The Existence of the Kayibanda ideology and 3. the ‘Paul Dijoux’ element.

Paul Dijoux is a French man, but today he represents the international community, allies of the Nkurunziza regime anyone who is bullying Rwanda to sit idle as crimes against humanity occur, just next door.

If Paul Donjux is the ideological father of most western diplomats in Rwanda and in the Great Lakes Region, while Kayibanda is the spiritual leader to Habyarimana and Nkurunziza.