The real ‘dream from my father’ 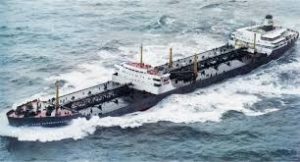 Qatari Royals were constantly frustrated that in spite of the money they splashed at the chain of haute boutiques in the famous 8th District of Paris (8e Arrondissement), Parisians seemed clueless on where the hell little Qatar was; worse yet, they mistook the men in immaculate DJellabas and women in elegant dark robes to come from their archrival, middle-eastern giant Saudi Arabia. Haram!! That’s like telling a South Korean that they are Japanese, an Irish, they are English, or to a certain extent, a Rwandan that they are French!

The Emir of Qatar, His Highness Sheikh Hamad Ben Khalifa Al Thani, decided to put his country on the map. Using his endless resources from endless gas reserves, he was going to buy the hearts and souls of the West. A sting mission that involved installing the Qatar Embassy in the same Chic 8eme Arrondissement de Paris where Qataris were once not recognised; owning the end of the most famous Champs-Élysées Avenue for even the blind not to miss it.

On one end of that street is the French Presidential Palace, the Champs-Élysées; the Qatari Embassy on the other; both countries’ flags floating at all times across from each other, the city’s heartbeat, favourite club Paris Saint-Germain owned by the Qataris.

The Qataris may have bought top European clubs, host a Formula One Grand Prix every year in Doha; however, Qatar’s most strategic investment yet, and probably one of the globe’s most powerful geopolitical devices, remains Aljazeera – ‘the Island’ in Arabic. Aljazeera is a television and news network with more than 25 million viewers in the Middle East and North Africa alone! This makes Aljazeera a powerhouse among global media conglomerates.

Yet the might of Aljazeera is best appreciated when one considers that it is watched using satellite dishes and VPNs in most of the Arab world to circumvent the standing ban against the channel in Saudi Arabia and Egypt, for instance.

Qatar, a once insignificant, miniscule country, stands accused by its giant neighbours of aiding attempts to overthrow their governments during the Arab Spring. Even the mighty United States and much of Europe consider the network to be a serious threat, both to internal propaganda and international opinion shaping.

In only 22 years, Al-Jazeera has made Qatar a ‘super power’. That’s not all, while Qataris used to be looked down upon by other Arabs and mistaken for Saudis, today, the story of Saudi Arabia, Egypt, Iran, Turkey and the entire Muslim world is told by Al-Jazeera; reporting live from Doha!

However, one thing sets apart His Highness Sheikh Al Thani, from Her Highness Crown Princess Isabel Dos Santos; unlike her Qatari counterpart, she never thought about soft power. And why is this story relevant to us? To answer that, let me tell you another one.

My father was a marine captain, him and his crew sailed big supertankers on the Atlantic from the west coast of Africa to the gates of Europe. His ship went from port to port on the Atlantic, collecting the best and most precious treasures that each African country had to offer – Diamond and Or in Matadi-DR Congo, Timber and Palm Oil in Libreville-Gabon, Cocoa and Coffee in Abidjan-Cote D’Ivoire, Gold in Accra-Ghana, etc. – and transported all that to Europe.

On his return trip they did the same on Europe’s ports of Seville, Cadix, Antwerp, Amsterdam, London, Liverpool, and Bordeaux. Except that after dropping off the precious treasures they picked up the least valuable junk they could find on those ports: second-hand clothing, chicken feet, used televisions, second hand cars, old toxic fridges that have now been banned by the Kigali Amendments on Environmental protection. That is what my father’s ship brought to Africa, in lieu of the priceless minerals and delicacies of the African continent.

What shocked my father the most, he tells me, is how excited Africans were to collect the junk after the ship had arrived, which contrasted with the indifference of Europeans as they off loaded-now extinct-ebony wood from west Africa in the port of Antwerp. As it turned out, European junk had, and still has better marketing than African treasure. Since Africa’s independence, no one has been able to create an Al Jazeera-like Television network, or a BBC, or even CNN for Africa.

While the leaders see value in the media, they are unwilling to make the needed investments and sacrifices to see it grow to global potential. Our leaders prefer to be featured on international networks, and then complain of the inelegant treatment which these foreign channels reserve them.

As the African Union launched its Agenda 2063, it had a component on education and outreach but there was no clear plan on how to broadcast the African message.

There seem to be a momentum on our continent, which we can leverage. I believe that will foster regional integration and Pan-Africanism much faster than before. Africa has always had wealth, it has always attracted the world; it has only lacked the soft power to conquer the world; I believe a strong media strategy can be a catalyzer of Africa’s soft power.

The time for pushing back, writing rebuttals to biased western media must come to an end. This is the time to lead. We write rejoinders because we are never the initiators, but rather caught off-guard by those who set off to discover us, before we affirm ourselves and build fortresses. Now is the time to do so, to tell our story before others tell it on our behalf; decide on the price on our products before others set that on our behalf and come back to sell them to us on a tenfold price; it is time to lead.