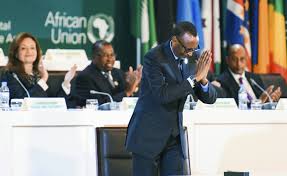 It is 17:14PM local time in Cape Town, South Africa on February 11 1990.  Nelson Rolihlahla Mandela has just been released from prison; he walks.

With one clenched fist in the air as a sign of ‘Amandla’ – ‘Power of the people’ and another, more tenderly, gripping that of the wife he has been deprived of for twenty seven years, Winnie Madikizela-Mandela – a heroine in her own right – he walks up to the podium of the Cape Town City Hall, borrows Winnie’s reading glasses and begins to speak amid roaring cheers from an euphoric crowd of freedom fighters, the African people of South Africa and hundreds more, travelled from across the world:

‘I stand here before you not as a prophet but as a humble servant of you, the people. Your tireless and heroic sacrifices have made it possible for me to be here today. I therefore place the remaining years of my life in your hands…’–The speech is called: Africa, It is ours!

If I tell the story as if I was there, it is because I was – as President Mahamadou Issoufou of Niger championed the African Union Continental Free Trade Area (CFTA).

Filled with emotions, I felt envious of Comrade Ciril Ramaphosa who was at both historical events – Cape Town and Kigali; physically.

Then I thought of Brother Hugh Masekela, who just left us, for his prophetic Anthem: ‘Bring Him Back Home’:

Bring him back all to Soweto.

I wont to see him walking down the street in South Africa – Tomorrow.

Bring him Back all to Soweto.

Yes, ‘Tell my children I was there!’ I even attempted in a clumsy poem…

I was there then, when President Kagame signed the CFTA, the Treaty on Free Movement of Persons and the Kigali Declaration. I was there, thereafter, when he stood up, faced the assembly and bowed in gratitude. This story is about the bow, and what it means for the African youth.

Many describe post-independence Africa as an era of no agency, yet, when one goes through the literature, one finds as many – if not more – eloquent and aspirational treaties and institutions as any other continent; but why is it so, may I dare suggest?

For half a century, Africa was caught up in some sort of ‘game of thrones’; Debates, for instance, on whether Africa should achieve political federation immediately or progressively, have consumed our continent for generations.

Masses need messianic figures to identify with and villains to blame. Responding to masses, storytellers tend to ascribe historical moments, feats and defeats to charismatic individuals.

Leaders too fall in this trap and see themselves as endowed with historical, godsend missions which only they, must fulfill – thereby ‘disenfranchising’ those with the support of whom history was to be made.

Which is why Madiba wanted his tombstone to say: ‘here lies a man, who has done his duty.’ and why Fidel Castro’s dying wish was that no monuments, streets or any similar forms of tributes be erected in his honor and that a cult of personality be avoided.

The two comrades’ message not only to Cubans and South Africans but to all of us is clear: We have done our part, you must do yours!

By bowing to the assembly, President Kagame humbled himself and elevated Africa, for what happened on that day was to the glory of the people of the continent collectively. It was a message, that the true value of the free movement of persons, goods and services is ours to seize.

We must now visit and trade with each other more.

By bowing before the multitude too, Paul Kagame was fulfilling African bioethics of ‘Ubuntu’: ‘I am because you are’, for while Arabs and Europeans believe the bow must be reserved to gods, Africans and Asians believe every human being must be greeted with ‘Namaste’, as a testimony that God is in every one of us.

Nigeria, which had supported the entire process, failed to sign on the last day because of ‘internal politics’.

I understand those having issues with President Mahammadou Buhari saw the CFTA as a platform to oppose him. To them I offer this Frantz Fanon’s quote:  ‘each generation must discover its mission, fulfill it or betray it, in relative opacity.’

President Issoufou of Niger traversed tirelessly across the continent to persuade African leaders to sign. President Buhari supported the process to the end, President Kagame hosted and chaired the signing as the incumbent leader of the African Union.

The three leaders were successful in their mission since, with 44 signatures, the CFTA was the most subscribed treaty upon adoption in the history of both the OAU and AU.

What shall we, people of Africa be remembered for?

There are many challenges ahead with ratification, adherence of new countries, setting up a secretariat; there are challenges unforeseen. But, I leave you with this encouraging quote:

“I have walked that long road to freedom. I have tried not to falter; I have made missteps along the way. But I have discovered the secret that after climbing a great hill, one only finds that there are many more hills to climb. I have taken a moment here to rest, to steal a view of the glorious vista that surrounds me, to look back on the distance I have come. But I can only rest for a moment, for with freedom come responsibilities, and I dare not linger, for my long walk is not ended.” –Nelson Mandela, Long Walk to Freedom