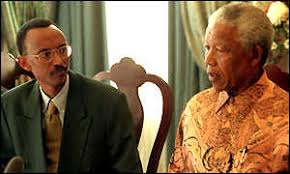 Last week I read with bewilderment our Nigerian expert Chude Jedeonwo declaring: ‘Kagame could be the next Mandela -if he steps down’.  I know he thinks he means well, but although I do not speak for all my countrymen, I must decline the offer, here is why.

As we commemorate a century since Nelson Rolihlahla Mandela was born, this is no occasion to pit him against current African leaders or usurp his name towards opportunistic ends – as usual. Madiba was certainly a great man. He sacrificed his life, preached forgiveness, unity and reconciliation and did the best he could in the five years that he was President of South Africa.

However, looking at post-apartheid South Africa and the conditions of the black people, 24 years after Apartheid, one is left with mixed feelings, at best. Whether that is Madiba’s doing or not, isn’t the question. All we know, is that a leader’s legacy can’t be entirely divorced from the future of his people…

In his own words, ‘I stand here before you not as a prophet, but as a humble servant of you, the people.’ He has constantly empowered the younger generation to find their own path.  He expected no one to be him, but themselves, and his dying wish was that his tombstone reads: ‘here lies a man who has done his duty on earth’; in other words, we must do ours.

Mandela was also a complex man. The world discovered him after giving that vibrant “I Am Prepared to Die” speech on 20 April 1964 from the dock of the defendant at the Rivonia Trial. That’s the Mandela the black community and the freedom fighters across the world fell in love with and followed; That Mandela looked more like Kagame; the friend of Fidel Castro; that’s the Mandela the white supremacists and their followers all over the world loathed and dreaded; the one Margaret Thatcher used to call a terrorist 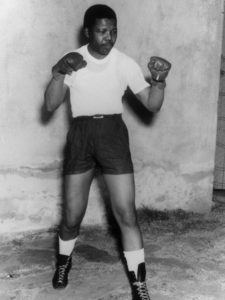 But Mandela is also the frail old man who preached love in his last days and retired before his time. The one that opportunists of all kinds adore and frequently highjack to advance their own agendas, at times to the detriment of the people he once fought for. The story of Mandela is the same as that of Mohammed Ali…

Reading Chude’s article, I couldn’t help but thinking about l‘Institut Mandela’, a comical Facebook-based NGO (their website is an empty blog), which has just bestowed the ‘Mandela Prize’ to Burundian president Pierre Nkurunziza, currently under international sanctions. When asked if he got permission to use the name, its leader, one Dr. Paul Kananura said he wrote a letter to the Nelson Mandela Foundation.

I fear too that Chude is one of those, ‘verandah experts’ whom, as he declares on his twitter is: ‘On an ambitious mission to transform Sub-Saharan Africa into a (mental, emotional, spiritual) safe space’ – whatever that means – and makes a living parroting overused western slogans while missing out on the latest political developments in our young, vibrant continent, such as ‘the end of democratization’ and the rise of developmental states in Africa.

His story was catchy, because he is speaking the language of western media, which isolates leaders from the people they lead. As such he lacks the main thing that Rwandans, South Africans and Nigerians have in common, namely: ‘Ubuntu’, by dismissing the agency and aspirations of the people. He wants Kagame to be Mandela, as if there is anything Mandela, or Kagame could have accomplished without us. As if Kagame could have extended his tenure without us: The people.

Had he been plugged in, he would have known for instance, that Kagame won’t get time this week, to read his interesting advice, because he is receiving the Prime Minister of India, Mr. Narenda Modi, the President of China, Mr. Xi Jinping and the President of Mozambique, Mr. Felipe Nyusi; all three visiting Rwanda in the same week.

He would learn that African leaders were rather impressed when they came to Rwanda for the African Union Summit, that they appointed President Kagame to reform the African Union, then adopted his proposed reforms unanimously, save for one man; Jacob Zuma – ironically…

President Kagame, current Chair of the African Union, seats on many UN boards, routinely lectures at top Universities such as Harvard, Yale, etc., on matters of governance and poverty eradication, fields which he knows well since he runs, according the Global Competitive Report; the most efficient government in Africa! I could stop there, but, allow me to add, the third least corrupt country in Africa behind Botswana and Cabo Verde, according to Transparency international and second best place to do business in Africa behind Mauritius, according to the World Bank, registering an average 7.5% growth for over ten years. Figures aside, Rwanda, under Paul Kagame, has brought over two million people out of poverty in less than a decade.

Well, I am sure there is virtue in stepping down – and in being Mandela. I just think South Africans or Nigerians (Chude is Nigerian) would prefer to come out of poverty and live in a safe, corruption-free and fast growing economy where it is easy to do business, rather than have a leader with a Nobel or Ibrahim Prize who cites great poetry and preaches Kumbaya.