Positively reversing the course of nature.. 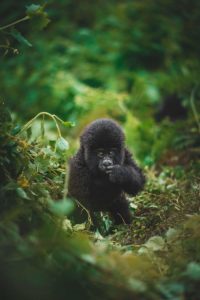 Inside the Kigali Genocide Memorial, a saying is written on the wall:

It is rare for human intervention to positively reverse the course of nature. In this capitalist world, the greedy believe that preserving nature is an obstacle to amassing fortune. So they go on and destroy Mother Earth unhindered.

The genocide ideologues in these African Great Lakes propagate that for the ‘real’ people to thrive, the Tutsi must be removed.

In North Africa and in the Middle East, racists among the ‘real people’ practice slavery on Black people to ensure their prosperity;

In the UK and across Europe, North and South America, it is all people of darker complexion that are considered a hindrance to the prosperity of the ‘real people’.

In India there is a cast system that maintains entire communities in congenital subservience to ‘the real people’.

That’s why I am grateful this evening.

I am grateful that our intervention has positively reversed the course of nature – while securing our prosperity.

We have managed to protect our fellow Rwandan citizens – the Mountain Gorillas.

We do not know how these gorillas came, or even if we did, what matters is that they have equal citizenship to other inhabitants of this country. They dwell in their reserves and do not bother us – in fact – visiting them brings us prosperity.

It may not be as lucrative as farming, building factories in Kinigi, drilling oil or mining minerals from underneath the volcanoes where the gorillas live, but it is prosperity that is natural, at the right pace; the pace of nature.

They may no longer be ‘highly endangered’, but they are still ‘endangered’, so a lot remain to be done.

For now though, let this small good news serve as encouragement to all mankind, to protect fellow citizens; including human, animal, vegetation, even aquatic;

for if we knew who nature was, and we really knew who we were, we wouldn’t have killed it…

Have a good night