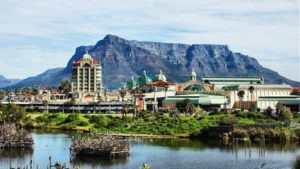 We’ve all heard stories of ‘Africa rising’ at times, and ‘afro-pessimism’ at other times, without grasping exactly what all that means. To be clear, corruption and bad leadership won’t feature in my story because they are permanent features in all five continents.

But here is an attempt to put the latest figures onto those utopian and dystopian novellas by recounting my encounter with a Togolese professor who has studied and taught in the United States for the last 30 years.

After a quick introduction, he asked: ‘How is Africa doing today?’ I thought for a second: ‘Fantastic!’ I answered with such spontaneity and joy, all which were visibly unexpected to him. Woah! He said, really? And why is that?

It is the most obvious reality at present – if you switch off television, refrain from western media and instead read non-partisan scientific research, you’ll find that all indicators show that Africa is on the move.

How about the youth dying at sea then, trying to go to Europe?

The reporting on migration is racially skewed, painting two unchecked fallacies: that young Africans are fleeing the continent in droves more than other continents are.

In reality, the UN migration dataset shows that Africans aren’t migrating nearly as much as any other continents – it’s just that they seem to be a ‘visible minority’.

Migration, exchange and conquest are the human way of life since time immemorial while nativism, insularity and obscurantism are the exception. However, the media inferences on migration deteriorate as the complexion gets darker.

However, only one country (Egypt) makes it to the top twenty countries sending most people overseas.

Having addressed the migration fallacy, I will resist the temptation to turn this into a racially charged piece, and explain why Africa is and feels ‘fantastic!’

The soft power is democratising

A major attraction of African brains had been the belief that life is better ‘there’ rather than ‘here’. Youthful Africans are being introduced to the American dream and western way of life by Hollywood, and projecting life in ‘High Definition’ and on big screen.

That too is changing, not because Hollywood has now pictured an African wonderland ‘Wakanda’, but because African youth are harnessing social media to showcase to each other what’s on offer in their respective countries and a bragging contest on Instagram, Facebook and Twitter today shows a dead heat among youths of all continents with no clear winner.

More importantly, the linguistic divide that used to separate Africans who speak French, English and Portuguese is being bridged by two reasons: Africans are visiting each other (physically and virtually) more and English having somewhat prevailed as the language of internet and international business.

Wealth and hopes have shifted upwards among the youth

True to its youthful population, African aspirations are shifting to innovation and entrepreneurship rather than land, cattle and other natural resources. With this mentality comes less conflict and insularity and more openness and cooperation.

There are more opportunities

African borders are being thrown open. African countries are removing visas, trade and air transport barriers for fellow Africans and entering into cooperation agreements at an unprecedented speed. There is even an ‘African Passport’ being issued for the very first time.

Six of ten economies forecast to grow the most in 2018 by the World Bank are in Africa!

This is convenient, since:

A vibrant and booming population

According to the 2017 UN Population Report, not only is Africa the youngest continent in the world, but that will become even more significant in the next 25 years.

By 2.2 billion people are estimated to be added to the global population by 2050 and more than half of them will come from Africa.

How about governance and democracy? He finally asked?

Things look up! Of the 54 countries, only five are in what looks like the last days of their conflicts and 49 are doing well. However, this point seen with the one above on Africa’s youthful population implies a paradigm shift among the youth and a propensity to study, innovate and trade, rather than pray, dig and fight.

Three challenges lie ahead, namely employment, cutting-age infrastructure and wealth creation. With a closer look however, these are all just opportunities to the disruptive, youthful mind; precisely found of the vibrant continent.